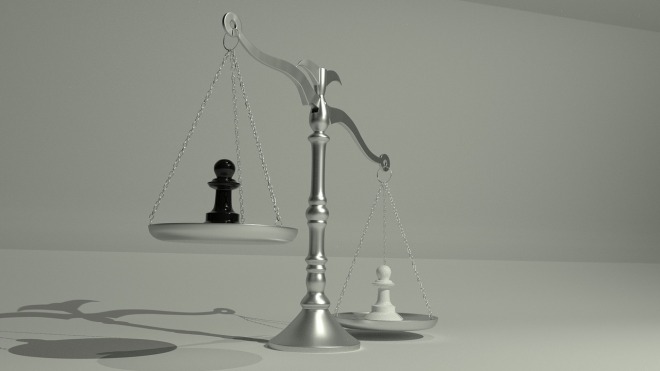 I knew she was coming over to me before she started walking. I heard her need for validation that she did the right thing when she called the police on two Black middle-school kids at the local park before she hit “End’ on the phone. Because, that’s what people like her do, they need to know they are not bad people, that they’re not racist, even as they’re weaponizing their own privilege. Because they believe, in their heart of hearts, they’re doing the right thing, that anybody else would have done what she had done, even another Black person. Even if that Black person is a Brown person. The difference probably didn’t even register, which might be why she asked me if they were my kids. In fact, it was probably better that I was Brown to her because lighter skin is not as intimidating. Fuck. That. Shit.

I couldn’t give it to her, her relief from the guilt I hope twists in her gut. I just couldn’t do it with her mealy mouthed platitudes of, “I don’t know what’s wrong with those kids these days. I don’t just mean, you know, those kids, I mean all kids. I’m not racist, but what they were saying was wrong. Trust me, I have Black friends,” oozing out of her. That last one was it. I was willing to just walk away, with my kids in tow, and leave her standing there, but that did it. I faced the Karen and my kids immediately heard my tone, that quiet one that means I’m really pissed and they started to back away. However, all I said was, “It was wrong, them swearing at you like that, but you have to understand what you did was not okay. You called the police on a couple of Black kids, and with every thing that’s happened in the past year…”

“What happened?” She said with a confused look, head cocked to the side.

“George Floyd. Breonna Taylor. All the problems with police?”

She started to defend her actions again, with nothing I said sticking to her whitewashed mind, and I knew what I was going to say was pointless. I just said okay, and told my kids it was time to go. Because if I stayed, I would have lost my shit, and how long before the police were called on me. I couldn’t do that to my kids. Instead, we drove to pick up dinner in silence until my daughter said she felt so bad for that kid the cops ended up taking in their car. I started to cry. Frustration, sadness, relief that was all that happened, and rage. Rage, most of all.

Rage because she, and so many like her really believe they’re completely in the right, no matter how many of us tell them they’re not. People like her will say they support BLM and have “Black Friends” but probably never post anything supporting BIPOC, and I doubt a Black person has been to their house. They say what a shame the insurrection was but vote for people supporting a White Supremacist ideology. It’s because of people like her that I’ve been thinking more and more often about what Martin Luther King, Jr. said in his famous letter from Birmingham Jail: “I have almost reached the regrettable conclusion that the Negro’s great stumbling block in his stride toward freedom is not the White Citizen’s Counciler or the Ku Klux Klanner, but the white moderate, who is more devoted to “order” than to justice; who prefers a negative peace which is the absence of tension to a positive peace which is the presence of justice; who constantly says: “I agree with you in the goal you seek, but I cannot agree with your methods of direct action…” That letter was written in 1963, nearly 58 years ago and sadly, not much has changed. At least in regards to the White Moderate. This should not be surprising, many people who were those middle of the road moderates are still alive. Those well meaning, keepers of the peace may only be in their 70s. And their children, who learned their lessons may only be in their 50s, the leaders of our communities. And schools. And nation. They are the parents of the concerned moms in parks, tsk-tsking at Black kids using bad language, while their own children do the same. Lessons learned at home can last generations.

You don’t have to look very hard to see where they are writ large in the very fabric of our national tapestry. The laws written in the last thirty years have had the ghostly image of white moderation imbued throughout it. From President Clinton’s Three Strikes law enacted in the 90s to dress codes enforced throughout schools to the recent immigration laws strengthened and enforced by the Trump Administration. Most of which are done under the guise of safety and security, but far too often punish people of color for their perceived threat and not based off of actual dangers faced in our country. If they were, we wouldn’t have men serving decades in jail for simple possession of marijuana while rapists and murderers walk free in months. If threats were correctly identified groups like the KKK, Proud Boys and other White Supremacist organizations would be identified like the terroristic threat they are, many of whom are responsible for more American deaths than any other domestic or foreign threat, including ISIS and the Taliban, where as Black Lives Matter and Antifa are, at least by many people, considered to be more dangerous, yet they are only linked to a few deaths.

It was the mislabeling of the Klan which lead to a conversation I unfortunately overheard during a virtual class my oldest daughter was in few weeks ago. In this class, I heard my daughter ask, “Well, are the KKK considered a terrorist threat?” There was a pause, and then “Well why not!?” then a longer pause, and I heard it. The justification of racism from someone trying to play the middleground. My daughter then said, “I’m sure not all of them are terrible people, but they’re the Klan! Haven’t they killed like thousands of people?”

I asked my daughter what actually transpired on that call, since I only heard half of it, and I did so calmly, but on the inside I was raging, but I needed to know what his justification was to say that not all Klans men and women were terrible. I was not made to feel better. He did say that yes, they had killed thousands of people, and that he didn’t know why they weren’t considered terrorists (I do) but that not all Klan members were violent, and that we have to respect other people’s opinions and beliefs, and that not all of them were terrible people.

There are times when I appreciate that my wife is there to talk me down from whatever irrational precipice I find myself on, whether it is health related, or education related, or whatever, but this was not one of those times. I was ready to drive to that school and demand a meeting with the principal and the teacher, who was, of course, an old white man. I wanted to rage, I wanted to vent the pent up frustrations of forty years of dealing with racists and playing nice so I don’t upset some fragile white sensibilities, of some well meaning white people are looking to not upset anyone. At least anyone white, because God forbid we upset the people who see other Americans as less than human, but f*** the feelings of Black people.

I now regret that I didn’t. Seeing the look on that Karen’s face as I refused to placate her today told me how rarely she has directly been told that those beliefs are wrong, and I’m willing to bet that teacher has lacked the same experience as well. Almost every Black and Brown person I know has been through the same thing, confronted with racism we seek to not confront it, but stay silent so as not to rock the boat that brought our ancestors here. When I was younger, a boy at my school called me Chico because he thought it was funny for me to be called “Boy” in Spanish. Another Hispanic student was called “Spicket,” so much less subtle. Another student routinely called me his “Favorite Nigger,” and it was “Just a joke. He knows I like him.” And I let it go, all of it because I was scared of rocking the boat. I was a boy and scared of rocking the boat. I spent so much time fighting kids physically, I didn’t fight them morally all in the name of keeping the peace and trying to get along.

I. Am. Done. I can no longer tolerate the moderate path. Too many people, Black, Brown, Asian, Women, have suffered under false promise of “going along to get along.” Injustice can only flourish when we, in the face of it, remain silent and I will not hold my tongue again. Their comfort is not worth my own.

And if this upsets you, good. It should. You should be as upset as a mother who will have her young Black son brought home to her in the back of a police car.

2 thoughts on “Very Fine People On Both Sides: My Children are Now Confronting the Reality of the White Moderate”