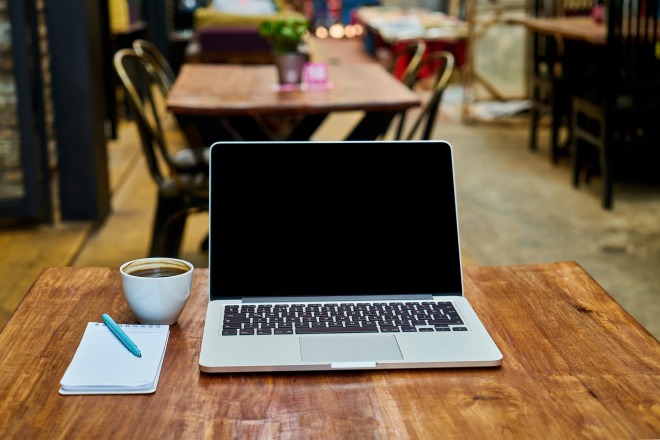 “Real Reviews for the Rubenesque Reader and Recreationalist.”

A few years ago I sat at a lovely little restaurant in Annapolis, Maryland enjoying a delicious sandwich and salad. The restaurant, Preserve ,was adjacent to the trendy gastro-pub scene. Everything was farm to table, presented nicely, a friendly staff, and just the right amount of kitsch. They even presented the check in a little mason jar used for (wait for it) preserves! It had all the earmarks of being one of those places where everything is expensive and looks cute, but you leave hungry because the portion sizes are, like, the actual recommended serving sizes (honestly, WTF FDA?!). However, I was pleasantly surprised. The food was not only delicious, but I couldn’t finish my sandwich and salad. I couldn’t take it with me either because I was on my lunch break from jury duty, and I was actually disappointed about it. And it’s not like they gave me an ungodly amount of food like at many American restaurants, but it was hearty and filling. And healthy(ish)!

What really stood out to me, though, was how comfortable I was there at this tiny, trendy place. I’m a large man, and at many restaurants, stores, amusement parks, buses, planes, schools, concerts… What was I saying? I got lost in injustice. Oh yes, we “husky” people are often left out of consideration when planning happens, and it shows. The sizes of everything is standardized to the ideal weight and shape of the American Man or Woman from the 60s or 70s. Not even the average weight or shape, because those numbers are vastly different than they were fifty years ago, and I’m not saying that’s a good thing, but it is a reality. As of 2002, the average American had gained 26 lbs in that time period according to the CDC, and we’re not talking muscle either. That study was nearly 18 years ago. Imagine where we are today! Actually, not much worse according to an updated study in 2018, men only gained another eight pounds, and women gained six. But still! The changes are real, meanwhile the standards for the ideal person have changed in the opposite directions. Both in the actual standards for BMI and in the perceived notion of what the ideal body is, of which I am neither.

Which leads me back to Preserve. I was comfortable there, despite it being a small, trendy place. I tend to avoid those places because I tend to stick out like an overweight bull in a china shoppe. Especially in places like Annapolis, where everybody seems fit and it doesn’t help that the Naval Academy is nearby, with packs of lean sailors prowling the cobblestone streets in either their PTUs or their dress whites (which might explain why the missus likes Annapolis so much). But I could move around easily in the restaurant, the chairs were comfortable, I didn’t feel like people had to move around me because I take up so much space. I felt comfortable, in every aspect.

It was such an overall pleasant experience, especially for someone a bit more rotund than most, that I thought I should write about it. I actually had the idea for Robust Reviews at that moment, but like many of my ideas, they got lost in the dustbin of my brain, and if I’m being honest, I have always been self conscious of my writing. I’ve spent most of my life thinking that what I did wasn’t worthy enough, wasn’t good enough, despite having all the support I could ever want. In this area, anyway. But a conversation with couple of my Puerto Rican cousins, by way of Indianapolis, and my wife, renewed the idea. And since I’m losing weight, down 30 lbs in the past two years, I figured I’d better get to it while I’m still “Robust.”

So, that being said, if you’re ever in the neighborhood of Annapolis and looking for a good lunch or a friendly place to sit and enjoy a drink, look up Preserve. The food is delicious, though a bit pricey. It is fresh and locally sourced where possible, so that is to be expected. I had the Banh Mi sandwich, which was amazing. Excellent balancing of pork, sauce, and vegetables with a wonderful crusty bread that was lightly toasted. My only regret was not getting the fries, because they looked fantastic, however the side salad was delightful. Their vinaigrette was light and summery, but not too oily. The portion sizes were perfect, enough to make you satisfied or slightly full. And while I did leave food on the plate, I was being conservative that day, as I was wearing a button up shirt that snug before I started eating. Overall, the whole atmosphere was comfortable and comforting, though there were only a few customers at the time. I imagine if it was packed, it might get a bit cramped for some of us. And if he’s still there ask for Leo. He was a friendly conversationalist and fairly knowledgeable about the area and the food they served, all wrapped up with a dry sense of humor and a well trimmed beard.

A note to the haters:

I realize that I’m fat, that I’ve crossed the line into Morbidly Obese, I know I’ve made a lot of unhealthy choices in my life that led me to this point. Honestly, I was born fat and at the best of times I was just chubby. I know these things, and I’m not glorifying them. I’m not writing this to help other obese people stay obese, or make it easier for them to become so. I’m writing this because the fact of the matter is our society is built on convenience and instant everything, which has contributed to the obesity problems in our country. For most of us, we’re not lazy, but the American lifestyle does not help people lose weight, in fact it’s the opposite. We’re one of the few countries in the world where the poor are overweight and the rich are usually fitter because the food available to the lower class is some of the worst and the upper classes have the leisure to eat healthy and exercise. We want food that tastes “good,” it lasts for weeks or months, and can just be popped into the oven or microwave to be eaten within ten minutes, because most of us can’t afford or are able to stop at the store every couple of days for fresh ingredients, or take an hour a day to go to the gym.

If you want a healthier America, stop insulting fat people and start supporting them by demanding change in our food suppliers and the quality of food that is produced, and the government subsidies farmers get to farm healthier foods (hint: it’s not much). Educate yourself as to why America has such a obesity problem and work to change it. If you’re skinny and you think it doesn’t affect you, so why should you bother, then you’ve turned your back on the 1/3 of America that is overweight and the 190 billion dollars America spends on the related health problems. Here’s some resources to take your skinny-ass privilege to:

One thought on “Introducing Robust Reviews”