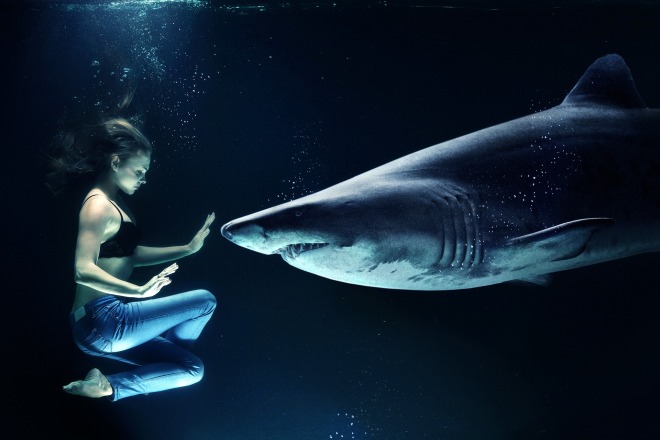 This is the second part of my friend’s and another girl’s story. It’s a tale that is being told every day, by MILLIONS of women and tens of thousands of men. Looking at an even cursory amount of research, between RAINN, US Equal Employment Opportunity Commission, and a large study by Stop Street Harassment, anywhere from 30-85% of ALL women in the workplace, school, and the military, have been sexually harassed, and 20-35% of men have been in those same areas. Yet only a fraction report it. Mostly due to the fact that nearly 75% of those who did say something received retaliation for doing so, but also because of the shame victims are being made to feel. Millions have lost jobs or have been made to move or have turned to substance abuse, and too many have taken their own lives. Yet we’ll never know even close to how many because so many stay silent.

Even though things are getting better, that the studies have all shown that incidences have dropped somewhat and reporting is up, it’s still pervasive and is literally found at all levels of our society. From playground to our President. We must do more for our women, for our men, for all of us. Every indignity, no matter how small, weighs against our collective soul and we must unburden ourselves.

This is part two.

I’m sitting at home with a cup of mint tea and some plain toast trying to settle my stomach. It’s been a few hours since I threw up my breakfast all over myself and I thought I could handle eating a little something, but I was wrong. The tea has cooled to the point I can drink it, but the toast is just disgusting. One look at the cold, plain, white toast and I thought of him. I wanted to hurl it across the room, step on it, crush it into a pile of crumbs and throw it away. Instead I tossed a piece to the dog. Even he was unimpressed. His look, as he worked the dry, rough bread suggested he thought a little butter would be nice.

As he licked his chops and looked for more, I tried to think back to when it might have all started. Or at least when I remembered noticing his attention on me. It had seemed innocent enough for so long, though I suppose it often does. When I was hired, he was so welcoming, so kind, so supportive. He thought the ideas I had were brilliant, he said he couldn’t wait to see what I could do. My harsh, barking laugh at that little memory made the dog look up in confusion. After a moment, he laid his head back in his paws, crumbs still on his jowls, patiently waiting for more dry-ass toast.

Another memory rose to the surface. With a clarity that was unwelcome, I remembered all of it too vividly. It was when I was leaving one of the many staff meetings I had to attend at the beginning of the year and he stayed behind to talk to me. He was wearing a navy blue suit, white striped shirt, and red tie. He smelled of dry erase markers and a hint of aftershave. There was another smell under that that was darker, musky, like old sweat. I was wearing a pink skirt, a white tank top and light blue blouse tied at the waist. My hair was down and I needed a shower; it was a long day in a hot building.

We chatted for a minute, his eyes darting to my tank top a few times, before he said, “Say, how often do you go to the gym? You’re in great shape!” It was innocent enough, men often flirted with me and I usually gracefully accepted and ignored them without giving much back. I mean, most girls learned to do it at a young age, it’s practically second nature now. We don’t want to encourage it, but have learned that we should not make the guy feel bad. And this guy was my boss, and I was given such a great opportunity here at this school. The lives I could change and the good I could do, what’s a little harmless flirtation.

“Thanks. I don’t really go to the gym very often. Clean living I guess.” I laughed nervously and started toward the door. He followed.

“Well, if you ever need a gym buddy…” He left the offer hanging, flaccidly, in the air. I smiled wanly at the poor little thing and mumbled some sort of indeterminate response and walked out of the room. I had all forgotten about it until about an hour later. I got my first text from him, a forwarded joke about a lesbian couple at the gym followed by a laughing emoji. Suddenly my desire for a shower was overpowering.

I was in the office to get some extra Hall Passes when I saw Shawna sitting on the wooden bench reserved for students waiting to speak to Administration. You know, the seats for the “bad” kids. Shawna should not have been there, and the way that the office staff was looking at her, they all knew it too. But yet nobody said anything to her. I quietly sat down next to her and let the silence build.

“Soooo, what’s going on?” I said after a few minutes. She was an extraordinary girl who didn’t hold anything back except the things that would get her in trouble at school or at home. Instead of keeping her head down and looking intently at the patterns of linoleum like many students would have done, she looked directly at me with fire in her eyes.

“I’m here because some scrub boy couldn’t keep his comments to hisself so I told him what he could do with hisself.” She was as intelligent as you could get, but when she got worked up she lapsed into a heavy African American English accent. She lapsed a lot.

Shawna was a fierce, proud African American woman, but light skinned because one of her grandparents was white. She was gorgeous, intelligent, and when she was sixteen she was raped by a boy she was seeing. Nothing happened to the boy, of course. He was a star athlete and he said it was consensual. She was labeled a ho ever since, even though you never saw her with boys, she always wore loose clothing, and hung in academic groups, but it didn’t matter. Once you have been deemed a slut, it was a tag you wore until you left the place. Sometimes you wore that label forever.

“So what happened exactly?”

She took a deep breath. “Okay, so I walked into the Mr. D’s room to deliver an early dismissal note, and this BOY looks at me and said ‘Damn. Must be cold in the hallway.’ And he and his boys started laughing like they do. I delivered the note and on my way back I deadass looked at him and said ‘What the fuck is your problem?!”

“So Mr. D was all like, ‘Whoa! What was that about?!’ And I told him and what this little shit said. Mr. D just looked at Damon and said something like, ‘That is not appropriate, keep your comments to yourself. Especially ones like that.’ Then he looked at me, apologized and walked back toward his desk. As I was leaving I heard that punkass say, ‘Then she should keep her titties to herself.’ And I sort of kicked his desk.” She crossed her arms over her chest and looked down, all the bravado suddenly gone.

“Was that it?” I knew there was more. One did not collapse this Amazonian Warrior with mere words and guilt about a kicked desk.

“No.” It sounded like a small child had said it. “I kinda kicked up and I think I broke his nose.”

I looked at this girl, no longer a raging tempest, but dark clouds swirled nonetheless, and I felt everything she was feeling. “You might have handled that better, but I understand.” I lowered my voice so as not to be heard by the office staff. “And I think he deserved it.”

She looked up at me and smiled weakly. She was already labeled a troublemaker, she was black, and the boy who’s face she fractured was a starter on the football team. Admin was a boys club, the principal a former high school football star himself. She was doomed and knew it. She managed a weak “Thanks.”

I put one arm around her shoulders and sat there with her for a few minutes until she was called back. She was suspended for three days, he was given a warning. His fourth for this sort of thing.

Shawna put up with this sort of thing often. She rarely wore a bra, and on the days she wore a tee shirt, it was pretty obvious, and she had been called down to the office about it before, but she maintained that her decision was her decision and nobody else’s. I admired her persistence and strength. No, I was jealous, because that boy never did anything like that again, especially to her.

The memory of that encounter with him made my stomach churn again. I tossed the other piece of toast to my dog before it made me retch. He didn’t even raise his head, he just looked at it as if he just couldn’t be bothered for so pitiful a treat.

If only I could go back to that moment, to set the boundary that was now in place by him and take back that control. In my last weeks there the tension between us was bad. I had spoken up to him, about how I felt about his advances and inappropriate comments. His anger toward me was immediate and intense and I was left reeling. If only I could have asserted the dominance that I felt from him, caught him off balance, but that’s not how this works.

Now here I am, at home terrified to go into work, terrified for my future. Alone, with just a hungry dog for company. Oh the irony. The laughter bubbled up from somewhere deep, and just as quickly it turned to tears. I laid down on the couch and curled around the knot in my stomach. My dog quietly padded over to me and placed his head on the couch next to mine. My crying and his soft keening followed me down into a fitful sleep, where I dreamed of a boat rocking in a storm, creaking with every wave, and hungry sharks circled in the dark.

One thought on “A Beautiful, Terrible Conversation – Part Two: Sitting At Home”