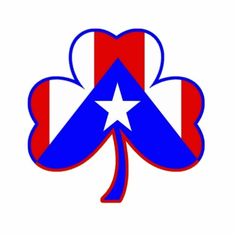 On this St. Patrick’s Day Eve, I’d like to express my gratitude to this country… no, this country’s people. Right now I’m pissed at this country, and about 63 million of its inhabitants. However so many of its people make every day an amazing one, especially days like tomorrow. Every St. Patrick’s day I dress up in green and celebrate the part of me that is Irish, which is somewhere near 40%, so basically half. I’m half Irish. But every year on St. Patty’s day when I go out I alway hear, “I guess everybody is Irish today! Heh, heh!” Yes, I am aware that I don’t look Irish, with the exception of my nose and eyebrows I’m pretty much is a rich stew of Afro-Rican goodness. What I’m always amazed at is when I actually get a chance to explain my hybrid nature, I’m usually greeted by warm words, a camaraderie of shared history, and a willingness to embrace my “other-ness” because of our shared Irishness. This is where the magic happens.
Don’t get me wrong, it’s not all rainbows and Leprechaun tickles. What often ends up happening in these cases is a comment like, “So you’re Puerto Rican? You’re nothing like I expected you to be!” The fact that person had an expectation of me based on my assumed racial background, and the fact they clearly missed the point that I’m half ‘Rican, half Irish and all ‘Merican, is sad, and troubling considering it 2017. However, there’s now a bridge between us. While I could burn that shit, and I’d be right to be pissed off by the typical White person response and ignorance, I usually opt to be more optimistic and cross it, fingers of one hand crossed. The fingers of the other hand, however, are balled into a fist. Because you know, the Irish.
The first time this happened, I had a moment. To sway someone’s opinion about me and my race because we had something in common, something that struck to the core of him, was intoxicating. It may have been the beer, but I don’t think so. It was that connection, and my willingness to lay aside my chip for a moment. My chip had grown large, and hungry. I was a child of a country that didn’t respect me and of two cultures that didn’t want me. Or so I thought. Now don’t get me wrong, one moment with a random drunk Irish-American won’t change things; it might give you something communicable, but it won’t erase all the taunts, the insults, and the beatings you may have suffered from at the hands of bigots that way I had. It won’t change the world, but it did change his, and likewise it changed mine. And over the years I hope that I’ve changed many others I’ve met since.
So I share my Whiteness, my Irishness, with others to show that there is more to all of us than simple labels, there is more that connects us than divides. Wearing green is my equivalent of The Nod that my brothas and sistas bestow upon me; they know I’m not Black, and they don’t care. It’s a nod to a shared experience, to a common struggle and identity, even if I’m Brown-ish and not Black-ish. Admittedly while wearing green and explaining my heritage is more cumbersome than a nod, it usually is accompanied with beer, so I’ll excuse my light-skinned brothers for their complicated rituals, as their lager and whiskey is tasty.
So this St. Patrick’s day, I urge all of you to go out, find someone different from you in race, religion, creed, or nationality, and buy them a drink. Share a story. Cross a bridge, because the only way we’re going to get past these obstacles our country is facing isn’t going to be by putting up walls or burning bridges with each other over superficial differences, it’s going to be by crossing that divide, nodding yo’ head, extending your hand, and listening to what the other person has to say. Listen to their stories and learn how we’re connected. And stories are best shared over a pint.  Sláinte! 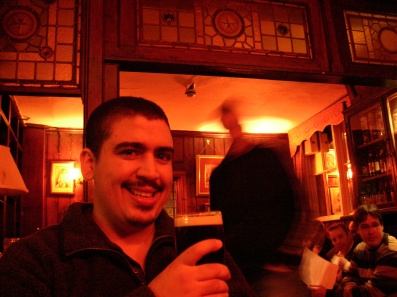 A Pub somewhere in Western Ireland, near my ancestral home in County Mayo.

“May the road rise up to meet you.
May the wind always be at your back.
May the sun shine warm upon your face,
and rains fall soft upon your fields.
And until we meet again, my friend…”
-Traditional Irish Blessing