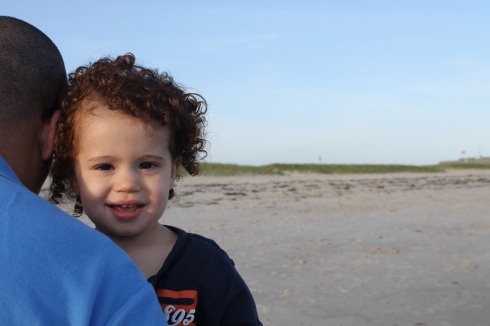 “Dad, I’m Black like you.” A simple statement from my son, spoken nearly a year ago. One born from a child’s perspective on what it means to be Black or White. Sometimes, simple understandings are the truest ones. In this case, it was fortunately not true. He is not Black, like me. I am not Black, though that has never stopped people from treating me like a Black man. I am half Puerto Rican and half(ish) Irish. I belong to no one description or race, no single ethnicity or culture, save for American. My children are even more the modern American, their mother’s heritage is German, and my son resembles the 3/4 white heritage he bears. Unfortunately, his sisters tend to look like me. They are caramel skinned mini-goddesses with dark eyes and dark wavy hair. He is fair-skinned and has the coppery tinted hair of his Germanic and Irish ancestors. He is not Black like me. This is the card he has been dealt, and I can’t even tell him how lucky he is. Not yet.

One of my coworkers accuses me of being able to play too many race cards. “Are you Puerto Rican, Black, or Irish today?” I’m whatever card is going to give me an advantage, because to be honest, it’s been a shit hand for most of my formative years. Growing up I’ve been called everything from Nigger to Beaner, Tar Baby to Wet back, Mick to Spick. I’ve had encounters with the Klan and I’ve been pulled over by the police and asked to exit the vehicle because I “matched a description.” And yeah, it made me bitter. I have a hard time trying to decide if the way someone is glaring at me is because they think I’m a Black man, or because I’m a large, scruffy bald man. I couldn’t tell if a joke about Hispanics told  to me was good-natured or if they honestly felt that way. This hand has sucked, like a pair of twos in a game of Hold ‘Em. Not to say it hasn’t been without benefits. I’ve acquired a few jobs because of my complexion and it hasn’t hurt with the ladies. But at the end of the day, despite my vocabulary and clothing choices, despite my pedigree or my Education degree, most people will just see me as a person of color long before they get to know I am a person of colors. Which means that I have to consider that whenever I deal with the public at large. My son will never, or rarely, have to worry about what race he will be seen as.  Like I said before, he is fortunate.

I originally intended this post to be a humorous one. About how frustrating it was to have so many race cards to be able to play. About how annoyed my wife gets when a Black man or woman gives me “The Nod.” About how I was asked to speak to my school’s African American History class, and I’m not African American (but the struggles were often the same). But then a few days ago another Black man was shot by police. And then another. And last night, police were shot and killed in foolish retaliation. Suddenly, those humorous anecdotes seemed less humorous and it made me think of my children. What if my kids were in the backseat of my minivan watching as I got shot because an officer thought I was reaching for a gun. The chances are slim, I understand that. For the one time I was profiled by police, I was treated well by the other few hundred police officers I’ve encountered. And talked to. I treat the officers with respect and I don’t make sudden movements. But that I even have to worry about that and that they have to consider that, that’s a problem.

I plan on having a conversation with my children, it will not be the first and there will be many more, I have no doubt. These conversations will go very different for my dusky daughters than my fair lad, about what to expect from people, how they might be treated because of the way that they look and because of their gender and I hope that they will share those conversations with their friends. I hope to have those same conversations with my friends, my coworkers, my students. And I want them to be conversations, not just me standing on a soapbox adding to the white noise. Because I will also listen, and respond to their questions, and entertain their ideas. That is what having a conversation is. We need to have more conversations in this country, not people just venting on social media or changing their profile pic for 48 hours. We need to listen as well as talk. Once, during a class a few months ago, a white student said to a black student that “Those people deserve to get shot.” Those people were, in his description, thugs and gangstas. So we had a conversation. Pretty soon, most of the class was listening to our conversation, and they listened when he conceded he may have been mistaken. From then on we all saw that he thought twice before saying something regarding race or people, something he hadn’t done before. I know I changed at least one mind that day, maybe more. But it wasn’t done with me proselytizing him,it was done with a conversation. If you don’t understand why police shoot black men, try having a conversation with a cop. If you don’t understand why black men and women feel the need to dress like hip hop moguls and thugs, try have a conversation with one. I’m not saying the world can be changed just by talking, it also takes action and patience. Just like I know not everyone is willing to listen, but that is their choice not to participate. You have a choice, too. Change almost always begins with a conversation. Perhaps if we all have conversations, we all might get a fair hand.

5 thoughts on “The Hand We Are Dealt”