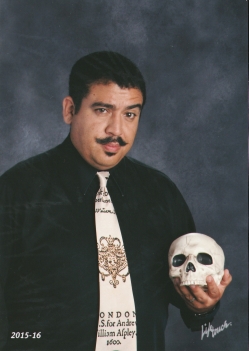 A conversation is being held across dinner tables and in living rooms all over Maryland this fall, one that is being echoed all over our nation virtually every night. Hundreds of thousands of teachers are pondering what will they do if they can no longer teach? They are talking to spouses, lovers, and friends about the choices they will have to make at the end of this school year about how they teach, because they don’t know if they can take another year trying to educate the way they are doing it now with conditions deteriorating every year. They are talking about what school districts they will apply to because the school district they work for won’t or can’t support them or the students they way they need to be, and they know that the grass is not greener on the other side of the district fence, but maybe it might be less brown. They are talking about how if they decide to leave teaching all together, what could they possibly do that won’t seem trite and insignificant after shaping minds and helping change people’s lives on a daily basis. I know this because it’s a conversation I’ve had.

This year, the teachers in my school district have finally reached a breaking point. They have rallied around themselves and stood up against the bureaucracy that has seen them receive yet another year in which our salaries have not been fairly raised. I have been teaching a mere five years, and in those five years I have only received one full step increase, something that has been contractually promised to each teacher every year, yet has been held from us because the budget would not allow for it. This slight against my income pales in comparison to some of my coworkers, who have not seen more than two or three significant increases in their salaries in nearly a decade.  Many teachers I work with are losing nearly ten thousand dollars a year because they have not been given most of their promised step increases. Yet we stay. Or, at least we have.

Last year my county saw a drastic increase in open teacher positions; nearly seven hundred positions opened up across the county, yet we only added just under a hundred new teacher positions overall. That means nearly six hundred teachers left my county for “fairer” pastures. Perhaps they found new teaching jobs elsewhere, or perhaps they just had enough and found a new career. From what I’ve heard, the latter choice seems to become an increasingly popular option. It’s one I couldn’t fathom two years ago. This past year has changed my mind about that, and my soul breaks even admitting that.

But let me be clear, it’s not the money that has broken me. Not even a little bit. I’ve been poor, living below the poverty line, many times in my life. At times I’ve worked three jobs at once trying to make ends meet. In our youth, my wife and I gave plasma just to get enough gas money to get to a job in another state. I know what it means not to earn what I’m worth yet to be thankful for what I have. I’ve worked jobs from fast food franchises to working on medical claims exceeding a quarter of million dollars, helping customers and clients alike. Not once did I feel fulfilled as a person, like I was making a difference, before I started teaching. What has broken me is the appalling lack of respect, common and professional courtesy teachers receive from our government, from some parents, and from too many students.  Teachers are treated like scapegoats, like villains, like indentured servants by too, too many, yet we are expected to take it because it is our “calling.” That since we seek a higher purpose, we must be okay with a monk’s wages and working conditions, because we are “in it for the outcome and not the income.” This line of thinking has left us to be the whipping boy for so many, and I, for one, have had enough.

My health is suffering. My stress levels exacerbate conditions that I have and if things don’t change it will result in serious consequences. My time with my family is suffering. I am constantly giving up time with my children and wife because of work I need to do for school. I have missed games, first days of school, personal milestones of them growing up that I will never have again, and moments with my wife that will never be recaptured. My personal growth is suffering. I have all but stopped doing the things I love and enjoy for myself because I’m too busy with school. I have all but stopped writing, I don’t have the time; I’ve stopped my outdoor hobbies; I don’t have the energy and funds. All of these things, which is given to my school for free, I do of my own will and gladly, but to what end? To be treated like a lackey? To be demanded of more and more every year only to have more given to me to do? Sure, the education pendulum might swing back someday, but when? When I’ve become another embittered teacher. When my children have grown and gone. When my marriage has fallen apart. Too late. Too late.

I’ve continued, because I love my job. I will always love my job. Yet I cannot reconcile what I love with what it’s doing to me. Someone online recently likened staying in the teaching career to being in an abusive marriage; that you stay in it for the kids. Sometimes, however, you must leave for the kids as well. I can no longer sacrifice myself and my family for my job, for my other kids whom I love as well. But, then what do I do now? What can teachers do that will allow us to reach dozens and hundreds of young people? What can we do that will allow us to impact my community in such a positive way? What can we do that allows us to learn everyday and to work with such a variety of people and experiences? What can we do?